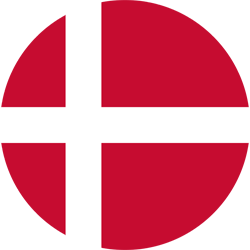 Today’s consumer, looking for a healthy alternative to fast snacks and fast food, is faced with an important choice – what should I eat to make it healthy, tasty, fast and easy to prepare, yet affordable. Thanks to the intensively growing market for meal replacements, its choice is facilitated, as it can choose between offers from many companies in this category. Among these companies are SUPERSONIC and YFood, which provide consumers with full-fledged, balanced meals in a convenient form and affordable price. They differ in such differentiators as composition, nutritional values, taste and texture. We will try to objectively compare all the parameters, but the final decision on the purchase will be yours. We are convinced that SUPERSONIC Food is the most distinguished product on the market in terms of composition.

At SUPERSONIC Food, carbohydrates come from oatmeal, flaxseed, maca root. Oatmeal and flaxseed are a source of complex carbohydrates and fibre, including beta-glucans. The source of carbohydrates in YFood is coconut drink, modified starch and maltoderchrin.

One serving of SUPERSONIC Food and YFood delivers the same amount of carbohydrates (30 g). However, the content of simple sugars is very different, which for a portion of YFood is more than 11 g more. One SUPERSONIC Food meal covers the body’s need for simple sugars at3%, while one YFood meal covers the body’s 17% sugar demand. According to the recommendations of the Institute of Food and Nutrition, the amount of simple sugars consumed during the day should not exceed 50 g (1) and should be as low as possible to achieve. This is due to the fact that simple sugars consumed in excess contribute to the development of overweight, obesity and caries, and dieto-dependent diseases such as insulin resistance, metabolic syndrome and type II diabetes. In addition, the greater the amount of simple sugars in a  meal,  the higher its glycemic index. This means that after a meal there is a rapid and sudden release of glucose into the blood, followed by an equally sudden decrease in it, which is strongly felt as a decrease in energy and lethargy. With a high content in a meal of complex carbohydrates, as in SUPERSONIC Food, the glycemic index is low, and glucose is released into the blood gradually for a long time, which is much healthier for the body, and also prevents hunger attacks (2).

YFood, unlike SUPERSONIC Food, is not a vegan product because it is based on cow’s milk proteins. Cow’s milk is one of the more common allergens that can sensitize up to 7.5% of the population (3). Moreover, due to the increasing nutritional and environmental awareness of consumers, an increasing number of consumers are trying to find alternatives to milk and zoonotic products, turning them into fortified plant drinks and products based on plant raw materials. They are aware that zoonotic production leaves a very large carbon and water footprint and contributes to deforestation and animal suffering (4).

The modern food market is so developed that it is very easy to find alternatives to zoonotic products that rely on plant proteins. Such a product is SUPERSONIC Food, which is based on the proteins of peas, rice, pumpkin and hemp. Plant proteins, when composed in the right way, are just as full-fledged as animal proteins, that is, they provide all the amino acids necessary for the body. Thanks to this, they can successfully replace products based on animal proteins, while being part of a vegan diet, less waste movement and care for the environment. SUPERSONIC Food, thanks to the combination of protein from 4 sources, has a complete amino acid profile and delivers all the necessary amino acids to the body.

YFood has a higher fat content compared to SUPERSONIC Food, including 30% more saturated fatty acids, the amount of which in the diet, according to the recommendations of the European Food Safety Authority, should be as low as possible. Therefore, the SUPERSONIC formula has been developed in such a way as to limit as much as possible the amount of saturated fatty acids in the product, while the addition of mono- and polyunsaturated acids. Essential unsaturated fatty acids are not synthesized by the body and must be supplied with a diet, and their consumption reduces the risk of infarction, counteracts atherosclerosis and heart disease (5).

The content of mono- and polyunsaturated fatty acids or omega 3-6-9 acids in YFood Powder is not known (the manufacturer does not provide information on the website or on the packaging). Omega acids are essential for the human body, which is not able to produce them by itself, which is why it is so important to eat them with a diet in the right proportions. They are responsible, among other things, for regulating cholesterol levels, improving the work of the brain, heart and immune system (6). Therefore, we decided to add omega 3-6-9 fatty acids in the form of liquid bioesters (SUPERSONIC Liquid) to SUPERSONIC Food, which are characterized by very high bioretency (the ability of the body’s tissues to retain substances so that they can be used later) and bioavailability (the ability of the body to absorb and use the substance). The addition of liquid fats, packed in single-point sachets, is a complete innovation that allows the highest quality and nutritional value to be preservation. The source of omega 3-6-9 fatty acids in SUPERSONIC Food is flaxseed and hemp oils, which have an ideal ratio of omega-3 to omega-6 (7, 8).

The fatty acid esters added to SUPERSONIC are produced and packaged in single sachets under anaerobic conditions, ensuring their maximum durability and the highest possible quality. The preservation of the liquid form of fats means that they have not been subjected to high-temperature technological processes that may have had a negative impact on their nutritional usefulness. The use of powdered fats (which not only YFood does, but all companies that produce powdered meal replacements) makes them very susceptible to harmful factors causing their degradation, such as oxygen and light. In particular, this applies to mono- and polyunsaturated fatty acids, which oxidize under the influence of oxygen and light, resulting in changes in taste, smell and nutritional value (9). The use of fatty acids in the form of single-point sachets means that at no stage of production and storage they are not exposed to harmful factors, thanks to which they are completely safe and bring maximum health benefits.

Supersonic Food formula is created in such a way that the ingredients found in it naturally provide the maximum amount of vitamins and minerals. Thanks to carefully selected vegetable raw materials, extracts and superfoods, a large part of the micronutrients did not have to be added to the formula. For example, the addition of rosehip extract provided adequate levels of naturally occurring vitamin C, and powdered follicular hake is a source of iodine.

22 of the 26 necessary micronutrients have been added to the YFood formula. This is due to the composition of the product, which contains only the basic ingredients necessary to obtain the right proportions of macronutrients and improve technological parameters, and is devoid of functional, unconventional additives such as superfoods, phytocomponents or plant extracts. Therefore, it was necessary to add the vast majority of micronutrients necessary for health in the form of mineral and vitamin preparations. To SUPERSONIC Food we have added 13 minerals and vitamins (including 4 fat-soluble vitamins are found in SUPERSONIC Liquid, so they are better absorbed).

SUPERSONIC Food, in addition to the necessary vitamins and minerals, is also enriched with substances that the human body needs, and is not able to produce in the right amount. Such a substance is, for example, choline, called vitamin B4, which affects, among other things, the proper work of muscles, also supports the nervous system and the work of the brain (10).

In developing the SUPERSONIC Food formula, we wanted it to exhibit much more function in addition to meeting the body’s energy and nutritional needs. For this reason, we decided to add to it so-called functional components, that is, those that in a certain way affect the body, can, among other things, prevent diseases, support immunity, or improve the efficiency of the body (11). Therefore, supersonic food included lycopene, which is a very powerful antioxidant with the potential to prevent, among other things, diseases of the circulatory system and cancer (12). In addition, SUPERSONIC Liquid contains lutein and zeaxanthin, which are substances that determine the proper functioning of vision and which the human body is not able to produce on its own (13).

SUPERSONIC Food in its composition also contains inactive yeast Yarrowia lipolytica Novel Food, which are a source of B vitamins, vitamins C, D and E. They are also characterized by the content of coenzyme Q10, alpha-ketoglutarate and citrulline malic. Coenzyme Q10 is responsible, among other things, for improving heart function, lowering the level of “bad” cholesterol, allowing to normalize blood glucose levels and protects against stroke (14). Citrulline machete is a source of citrulline, which is an amino acid responsible, among other things, for regulating blood pressure and increasing physical performance (15). Studies show that alpha-ketoglutarate and coenzyme Q10 can have an effect on delaying aging processes and supporting the immune system (16). In addition,  Yarrion lipolytica yeast is a source of beta-glucan, which has anti-cancer and immunostimulating effects, mobilizing the immune system to act (17).

Supersonic Food formula is based on 18 basic ingredients, of which 2 ingredients provide sweetness of the product, 1 is an aroma, and 1 acts as an emulsifier and a source of fiber. In comparison, the YFood formula consists of 10 basic raw materials, of which 1 is a sweetener and 1 is an aroma. The composition of YFood is based only on the ingredients that are necessary in it to provide adequate nutritional values and technological parameters. Unlike SUPERSONIC, it has not been enriched with additional, functional ingredients with health-promoting properties.

Both SUPERSONIC and YFood offer consumers full-fledged meals, convenient and easy to make. Despite similar assumptions, they differ in composition and nutritional values. SUPERSONIC Food is a vegan product that bases its composition only on plant ingredients, while YFood is a vegetarian product that is based on milk protein. We believe that everyone will be able to find a product tailored to each other, both taking into account the composition, taste and ecological aspects. The YFood formula consists only of basic ingredients and does not have any additional enriching ingredients. One of the biggest advantages of SUPERSONIC Food is its carefully composed and rich composition, in which each ingredient is selected to support your health and well-being.